How to Set Up and Use the Magic Mouse on Windows

How To Delete Apps From iCloud & Purchase History

How to Keep Your Mac On Even With the Lid Closed

How to Create a Windows 10 Bootable USB on Mac

Check out the best articles from our top authors to get started. 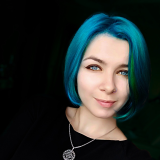 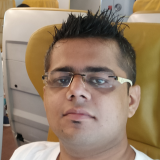 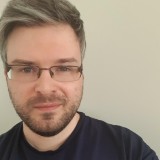 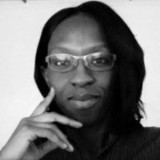 The best online guides for everything apple
iPhone

Get the most out of your mac with these tips, tricks and guides
OS X

How to Format an SD Card on Mac

How to Show Hidden Files in MacOS

CleanMyMac X Review: Is It the Best Cleaning App for MacOS?

Mac Firewall: How to Enable and Configure It

More from Our Network

The best software apps for your Apple device
General Software

FaceTime Camera Not Working? 8 Ways to Fix on iPhone, iPad, and Mac

FIX: Sidecar Not Working with iPad

Siri Not Working? 13 Fixes to Get Siri Talking Again

How to Fix One Airpod Not Working

Mac Keyboard Not Working? Here’s How to Fix It

Get the most out of your iPhone
iPhone

How To Tell If Someone Blocked Your Number on iPhone

Wi-Fi Calling Not Working on iPhone? Try These Fixes

How To Tell If Your iPhone Is Unlocked or Not

Be more productive with your iPad
iPad

How to Fix an iPad that Keeps Restarting

How to Manage the Home Screen in iOS 15

watchOS 8 doesn’t make any radical changes to how the Apple Watch works. That’s a good thing. You don’t fix what’s not broken, right? But Apple’s latest update to watchOS […]

by Dilum Senevirathne, 7 hours ago
iPhone

You just bought a new iPhone, or you’ve had one for a while now and want to change the default wallpaper it shipped with.  Apple provides some beautiful and unique […]

by Elsie Otachi, 4 days ago
macOS

Siri Not Working on Mac? Try These 10 Fixes

Siri is fun and packed with functionalities that make getting things done on your Apple devices easier. Once you get used to Siri, there’s no going back. Although the voice […]

Do you have trouble turning on the flashlight of your iPad Pro? Whether it’s a grayed-out or missing Flashlight toggle inside the Control Center or an LED that refuses to […]

On the surface, iOS 15 appears to be a minor update to the iPhone, with just a handful of features such as Focus and SharePlay stealing the limelight. It even […]

Apple TV automatically comes on when plugged into a power outlet. The status light flashes slowly, and it stays on when you switch on the streaming device. Follow the four […]

Do you get an “Unable to join the network” error message when you connect your Apple TV to a Wi-Fi network? We’ll explain some factors responsible for this error and […]

Did you just install Google Chrome on your Mac or iPhone? You can start using it right away. But because of Safari, you can’t get Chrome to open links from […]

How to Share an Apple Music Playlist From Mac or Phone

Apple Music has some convenient built-in features you can use to share your favorite music or playlists with other users or devices. Sharing your playlists or songs means you can […]

How to Fix Apple Watch Not Unlocking Mac

Setting up an Apple Watch to unlock your Mac beats having to type in a password (or even use Touch ID) hands down. Apple has done an incredible job of […]

Time Machine Not Backing Up Mac? Try These 11 Fixes

Time Machine offers an incredibly convenient way to safeguard the data on a Mac. But while Apple’s local backup solution is super-easy to set up and use, it isn’t perfect. […]

In the past, running an iOS app required an iOS device. As a result, there was no way for anyone to install iOS on a non-Apple device.  However, as technology […]

How to Trim a Video on iPhone or iPad

Do you need to cut out specific portions of a video before attaching it to an email or sending it to your friends? We’ll show you different ways to trim […]

How to Bulk Delete Contacts on iPhone

Do you have lots of obsolete or duplicate contacts on your iPhone’s address book? You probably want to get rid of them. But strangely, the Contacts app—even after well over […]

iPadOS 15 finally caught up with iOS by introducing Home Screen widgets and the App Library to iPad and new features such as Focus, SharePlay, and Universal Control. You can […]