Plus 3 of the most crucial commands

There are several ways of finding or changing your wireless network settings using your Mac.  Inputting command line into the Terminal is one of the quickest ways to manage your network without switching through several different screens.

Your Terminal screen can be located by opening Finder and going to your Applications folder, and then into Utilities.

From there, you can open your Terminal and enter command line. What follows are three of the most crucial Terminal commands for administrating your network:

Issuing the ping command sends a small data packet to a domain or IP address. This packet is essentially bounced off of targeted domain/IP address.  Your computer records whether the packet ever reached the target destination and how long it took for the data packet to return to your machine.

The most practical reason for performing the ping command is to determine whether you can reach another computer on your home network, and the length of time associated with making the connection.

Here’s an example of how to ping the Google.com server:

Simply input the command ping www.google.com into the Terminal and hit the Enter key. 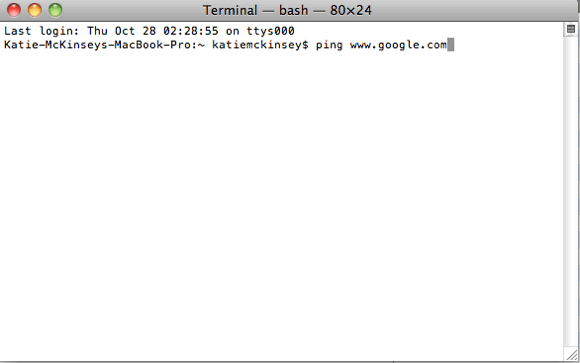 Your computer will immediately begin to send packets of data to the Google site in two second intervals.  YourTerminal screen will show a rundown of each ping as it happens and the amount of time it takes for the information packet to return to your computer. 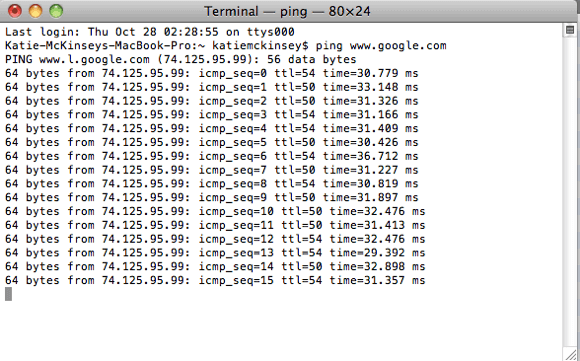 Among other things, the ifconfig command can be used to change the MAC address of your Mac.  Your MAC address is used for security identification on some wireless networks.

After you enter the ifconfig command, you will see a long list of text. Identifying your MAC address will take some familiarity with the readout on the Terminal screen. 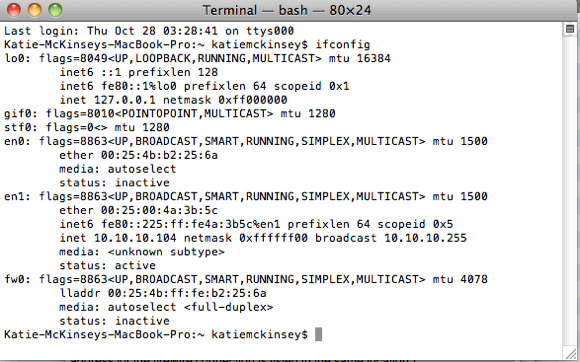 By itself, the netstat command brings up a plethora of information about your network.  Most of this information, however, is really only useful to a skilled network administrator.

Adding a -r to the netstat command (entered as netstat -r) allows a novice user to access the IP address of the router. 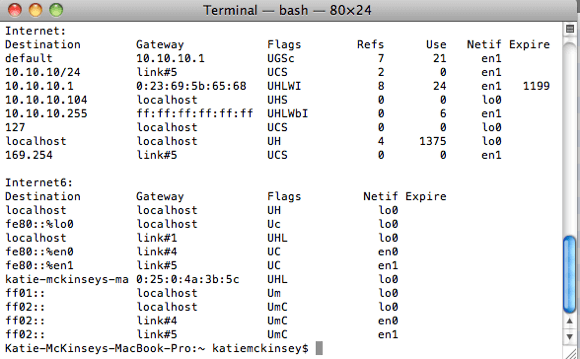 Armed with this information, setting up and managing your wireless network becomes a much easier proposition.

How to Backup and Delete iPhone Messages to Save Space

10 Apps Which Are Essential For Every iPhone

How To Scan Documents On MacOS Using Only Your iOS Device