Reading: Can’t Delete Apps on iPhone Due to 3D Touch?
Back To Top

Lately, I’ve been very frustrated with my iPhone because whenever I want to delete an app, I can’t get to the mode where the icons shake because of the 3D touch feature. 3D touch is overall a pretty useless feature in my opinion, but I’ve kept it enabled because on one or two rare occasions I’ve actually used it.

However, I’ve been travelling a lot lately and because of that, I’ve been downloading and removing a lot of local and transit apps on my phone. I find it amazing that Apple would release a feature that would totally conflict with another feature in such an annoying way.

Even when I try to press with different intensities, it can sometimes take a minute or two before I’m able to get the icons on the screen to shake and get the little x’s to appear. 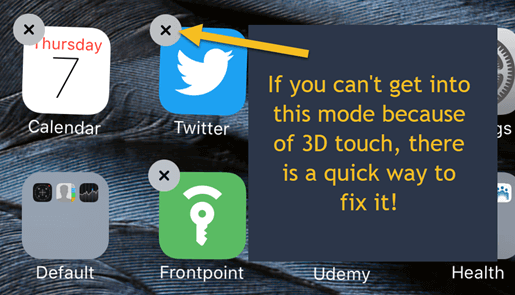 Otherwise, it just keeps loading up the 3D touch menu for the app I am tapping on. 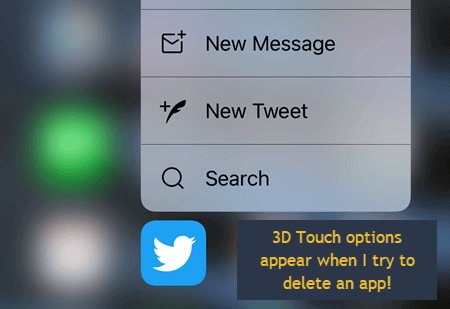 If you’re having this problem, there are a couple of things you can do. You can either disable 3D touch altogether or you can adjust the sensitivity so that it only is activated with a firm press. I’ll show you how to do this in this post.

In order to change these options, you need to open the Settings app and then tap on General and then Accessibility. 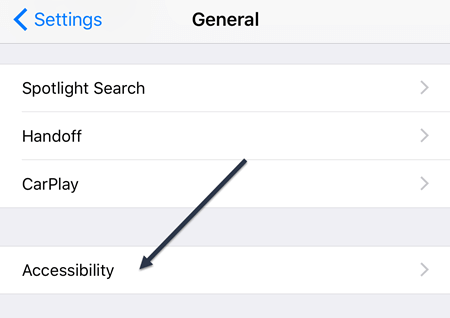 Next scroll down until you see the 3D Touch option. 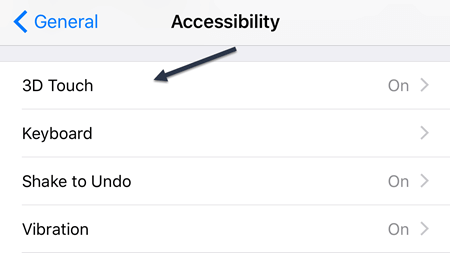 Tap on that and now you’ll be able to either turn off 3D touch completely if you like or adjust the sensitivity. 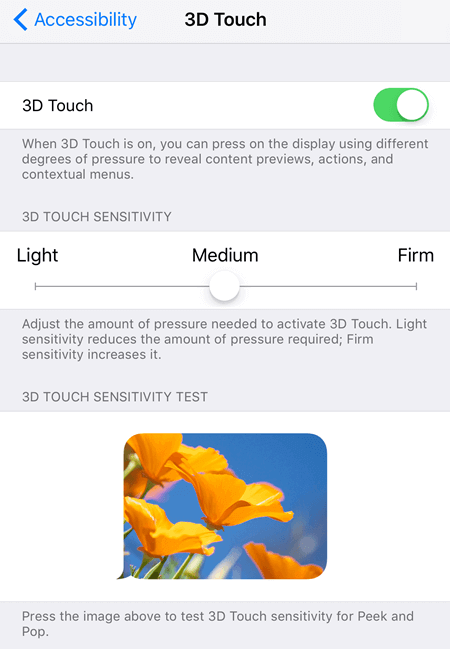 What ended up working out best for me was moving the slider over to Firm. I was still able to keep 3D touch enabled for the rare instances where I use it, but also able to get to the screen where I can actually delete apps! However, if you never use 3D touch, it might be easier just to turn it off completely. Enjoy!

How to Bulk Delete Contacts on iPhone

What To Do If Your iPhone Camera Is Not Working