Reading: CleanMyMac X Review: Is It the Best Cleaning App for MacOS?
Back To Top

CleanMyMac X Review: Is It the Best Cleaning App for MacOS?

Plus, do these types of apps really work?

macOS has a reputation for being a low-maintenance, snappy, and reliable operating system. In our experience, that’s largely true. However, even mighty macOS can fall victim to accumulated digital junk clogging up its pipes.

This is why there are several paid and free utilities for Apple’s line of computers that promise to give your Mac a good scrubbing. We decided to try popular apps such as CleanMyMac and CCleaner for Mac to see if there’s any real benefit to these utilities.

CleanMyMacX is a paid package that offers a long list of benefits as well as a few pretty bold claims about performance increases.

CleanMyMacX has three main components. There’s the system file cleaning part, which looks for orphaned and redundant data, letting you delete it. This even includes deeply-embedded stuff such as localization data that’s not relevant to you.

The second part of the application is an anti-malware scanner. Many readers might find this surprising thanks to the persistent myth that Macs don’t have viruses. The truth is that the only thing that protected Apple computers from viruses, trojans, worms, and other digital nasties was obscurity. With a rapidly growing user base, it’s now worth the time of malware makers to target these machines, so having a scanner isn’t the worst of ideas.

The final part of the package is performance enhancement, monitoring, and tweaking.

The specific claims made by MacPaw are that you’ll get 4x faster boots, 2.5x more responsive apps, and 5x the amount of free space you’d otherwise have, based on their testing with a 2016 MacBook Pro 15. With our 2019 MacBook Pro 13, it’s hard to say that anything has changed performance-wise. It already booted up in a flash and rebooting is such a rare occurrence on modern computers it hardly makes any difference.

What we will say is that CleanMyMacX is utterly comprehensive, it centralizes management of your system in a slick way and it recovered a significant chunk of free space on our cramped 128GB MacBook Pro. So, it’s well worth the money in our opinion.

Reviewed by Switching to Mac 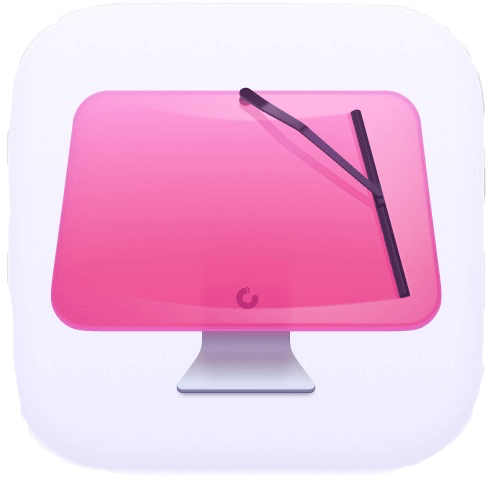 Pros:
– 100% Comprehensive
– Freed up a ton of space
– Very easy to use
– Makes tasks such as uninstalling apps easier
– One-off and annual plans available

Cons:
– Not obvious whether performance has improved.
– It didn’t find malware, but we have no way of knowing if that’s accurate.
System Cleanup
Anti-malware Scanner
Performance Optimization

Though the program is not free, it’s been around for a long time and has a good track record. Overall, we recommend using it if you prefer cleaning up your Mac without reformatting.

Speedup Mac is another paid package, but you can try it for free before buying. Unlike CleanMyMac X, Speedup doesn’t offer any anti-malware functionality. What it does promise is that you’ll have more free space and a faster Mac.

It has various ways to achieve that goal. These include looking for duplicate files, identifying large files you might not know about, and analyzing which startup and third-party apps you don’t use. It also targets unused language files, Mac trash files, and other similar loose bits and pieces.

This all sounds pretty good, but after signing up for the free trial, giving up our credit card information, and downloading the application in the link sent to us via email, we were hit with an error message. The application needs to be updated to work with the latest version of macOS Catalina. So we had no choice but to cancel the trial and move on.

CCleaner is a popular and trusted system cleaner app on the Windows side of the fence, but many people may be surprised to know that there’s also a Mac version. We’re only looking at the free version here as an alternative to the paid applications we’ve looked at so far.

The free CCleaner for Mac focuses on two things. The first is to make your computer faster and the second is privacy protection. The paid version adds real-time monitoring, automatic updates, and premium support.

We loved this little app and it worked just as advertised. The free version is light on features compared to something like Clean My Mac X, but for the average Mac user who wants a good free solution or perhaps for schools that run labs full of Macs, it doesn’t get better than this.

All of the apps we’ve looked at so far are packed with multiple features, trying to attract you by offering a veritable buffet of optimization gimmicks, so we thought that something like AppCleaner could be a simple alternative. This little applet does one thing and one thing only; it uninstalls applications properly.

The way it works is dead simple, at least from the user’s perspective. Simply drag an app you no longer want into AppCleaner and it will find and list all the files associated with the app across your hard drive. Then, after reviewing those files, you simply click a button to delete them all.

The main downside here is that it’s of little help for apps that have already been removed and left their crud all over your computer. However, it helped us remove apps that we had tried to uninstall but still had their icons cluttering up Launchpad. Now they’re gone and all it took was a click or two.

Do Cleaning Apps Do Anything For a Mac?

This is a very difficult question to answer because your computer’s performance in day-to-day desktop tasks can be very subjective. These cleaning apps are unlikely to make much difference in benchmarks and in the age of solid-state storage it doesn’t matter how jumbled up the actual data is, since it can be read from any location instantly.

Where does that leave the utility of these cleaning applications? Well, one major area where they help is in freeing up disk space. Modern MacBooks in particular have pretty tiny system drives.128GB and 256GB disks aren’t uncommon, which means you could run out of disk space pretty quickly. What’s worse, it’s not always obvious in MacOS where that space is being consumed.

From that point of view, we really can recommend these junk cleaning apps as a fast and convenient way to remove typically unneeded files. You could do it manually, but that would take ages and require precise knowledge of where to look.

Is an application like CleanMyMac or CCleaner safe? There is no such thing as a perfectly safe application, so there’s always the chance that these apps will delete something important or otherwise interfere with the normal functioning of your Mac. This is why you should always maintain a recent backup using Time Machine or the backup software of your choice.

Sydney Butler is a social scientist and technology fanatic who tries to understand how people and technology coexist. He has two decades of experience as a freelance computer technician and more than a decade as a technologies researcher and instructor. Sydney has been a professional technology writer for more than five years and covers topics such as VR, Gaming, Cyber security and Transhumanism. Read Sydney's Full Bio

17 Mac Trackpad Gestures and How To Customize Them

How to Add Text to an iMovie Video

8 Troubleshooting Tips For When iCloud Photos Are Not Syncing

How To Block Unauthorized App Store Purchases Under Your Account