Take the party to another level

You'll be binge-watching again in no time

Plus, what the speeds really mean

The USB-C ports on your Mac may all look the same, but they’re sometimes built differently. USB-C ports in particular have different data transfer speeds and power delivery rates. If […]

Can’t Add a Card to Apple Pay? 8 Ways to Fix

So you can pay for your latte

Linking your debit or credit card to Apple Pay is the first and most important step to setting up Apple’s digital wallet. It’s impossible to use Apple Pay on your […]

Plus, a quick workaround if you're in a hurry

Apple’s AirPrint technology makes it so easy to wirelessly send print jobs to a printer from your iPhone. You can print hard copies of web pages, images, notes, and other […]

How to Split Screen on iPad to Multitask

Get twice (or half) the work done

When the first iPad Air brought laptop-like processing power to a super-thin tablet form factor, it was a big deal. The problem was that iOS at the time could only […]

Plus pointers to keep it from recurring

The iPhone is an incredibly stable mobile device, but many reasons can cause it to crash out on you. Buggy iOS releases, outdated third-party apps, and corrupt system settings are […] 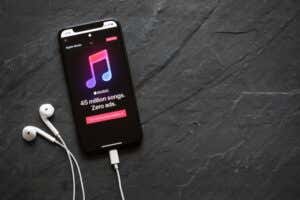 So you can get your aerobics back on track

Apple Music is a well-made app with millions of subscribers across the world. For users of Apple products, the app offers even more benefits including the ability to sync your […] 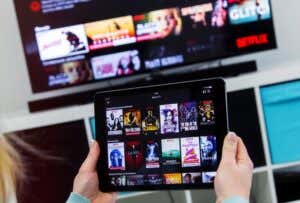 How to Connect an iPad to Your TV

The screens that iPads ship with have always been industry-leading panels compared to other tablets and phones. However, the biggest iPad model tops out at 12.9”, which is huge for […]

Tip: don't slam it on the desk

Apple sells two pointing devices: the Apple Magic Mouse and the Magic Trackpad. There are two generations of Magic Mouse, which are easily identified by the fact that the Magic […]

The 6 Best Selfie Apps for iPhone and iPad

Show your followers how good you look

Now that we have the ability to photograph anything at a moment’s notice, it’s easier than ever to get great pictures of yourself. If you’re tired of using the same […]

iPhones with Touch ID—such as the iPhone 8 and iPhone SE (2020)—denote network activity in the form of a spinning wheel icon on the status bar. It shows up next […]

How to Fix “iTunes Could Not Connect to this iPhone. The Value is Missing” Error

We unlock this cryptic error for you

The “iTunes could not connect to this iPhone. The value is missing” error mostly shows up when attempting to connect a Lock screen-disabled iPhone to a PC or Mac. But […]

The Complete Guide to Using Screen Time on iPhone and iPad

Ween yourself off of the screen

With the average person now spending a little over 3 hours on their phone per day, many people are wondering how their phone use stacks up and what exactly they’re […] 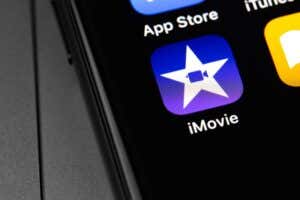 The Best Video Editing Apps for iPhone and iPad

You'll be amazed at what you can do

You may have read about the incredible M1 chip that’s inside the latest MacBook Pro laptops and how it can power heavy video editing for 20 hours on battery power. […]

Save those late night brainstorm ideas

Do you want to transfer voice memos from an iPhone to a Mac or PC? Whether it’s to listen to your recordings with higher-quality playback hardware or to create extra […]

From voice memos to songs or podcasts

From recording a presentation for school or proceedings of a meeting in a conference room to making quick notes for yourself, your Mac can be a handy recording device.  The […]

How to Fix Auto-Correct Issues on iPhone

Never tell someone duck you again

Whenever you type on an iPhone, you’ll quickly notice the bizarre ways that the keyboard’s Auto-Correction functionality can mess things up. The reason? It just doesn’t have every slang, name, […]

Can be handy when sharing with friends

Most Wi-Fi passwords are mind-numbingly long and a pain to insert on an iPhone or Mac. Thankfully, your iOS or macOS device not only saves any Wi-Fi hotspots—including passwords—that you […]